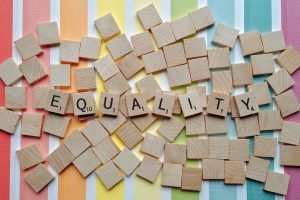 The Employment Equality Acts 2015 brings an amalgamation of the legislation surrounding Equality in the workplace over the last several years. The legislation is designed to protect employees in Irish workplaces by prohibiting all forms of discrimination and victimisation, based on nine possible grounds, namely

The Irish legislation defines discrimination as the following –

“Discrimination is defined as less favourable treatment. An employee is said to be discriminated against if they are treated less favourably than another employee is treated, has been treated or would be treated, in a comparable situation on any of the above 9 grounds”.

With this in mind, it becomes clear that employers must be aware of their responsibilities owing to the legislation and approach a broad spectrum of employment-related issues carefully and diligently, so as to not contravene the law.

Areas such as recruitment, pay and salaries, are areas that at present employers can inadvertently find themselves poorly positioned with potential cases going to the WRC. The Equality Act also considers the various forms that discrimination can take – primarily being Direct or Indirect. In some cases, a potentially simple error in judgement within a job advert can indirectly disadvantage a member of a particular group under the nine grounds, which can result in costly litigation against the employer at a later date.

Indeed there have been well-publicised cases where well-known companies have directly discriminated against for example people of a certain age (Ryanair v The Equality Authority, 2000) where Ryanair stated “We need a young and dynamic professional” and “the ideal candidate will be young and dynamic”. The offending wording is that Ryanair, eventually lost its case for, discriminating directly against people that may have fallen into an older age category. The Equality Authority had asked Ryanair to change the wording of the advert to avoid a bias against certain categories of age. The director of Equality Investigations at the time held that by Ryanair including the word “young” they clearly meant to exclude (discriminate) against people who were “not young”.

This is a perfect example of a company not paying enough attention to the legislation nor the detail contained within. Ryanair for example paid £8000 to the Equality Authority in February 2000. The costs associated with representation against cases and the potential for losing a defence against same can be extremely high. Prevention against costly claims is always a better alternative to remedy after the fact.

Boyd HR specialises in HR-related matters including keeping you and your business safe from these expensive and time-consuming claims regarding Equality in the workplace. We work with companies to design and implement processes and procedures that get the best results business-wise, but also abide explicitly by the relevant legislative requirements. We work with clients to Co-Create Stronger Workplaces.